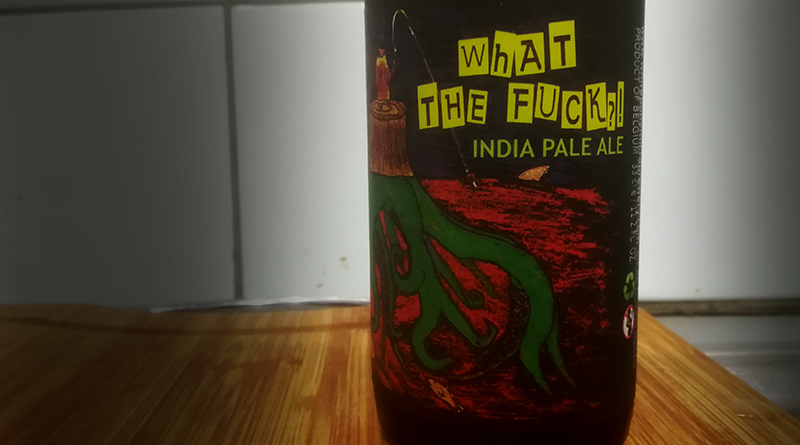 What the fuck is happening? That was my reaction when I first saw a shelve with beers from White Pony Brewery in my favourite beer store. The titles were beyond weird. From the still acceptable ‘Atheist’ to ‘Your mother is better than you’. And since the owners obviously realize what effect they have they also named one of their beers ‘What the fuck’.

White Pony is an Italian brewery started by a Belgian Italian. Hence the passion for beer. It also explains the fact a lot of their beers are brewed in Belgium in various craft breweries.

However, not everyone wants to work with them. As they are, to put it mildly, a tad crazy. In Flemish we have a nice expression for them: “Er is nen hoek af”. Literally it means something like “They have lost a corner”. You have to be Flemish I guess.

Anyway, they like to experiment. A lot. I’ve also been told by someone from ‘t Nest (who work with them) that some of their recipes make for a hell of an installation cleaning job after the fact. And some of their experiments don’t turn out so well. But a lot of them do, and I’ve had some absolute stunners from those batshit crazy Italians. And as this one was in fact brewed at ‘t Nest I do have high hopes.

As does my partner in crime Werner Van den Nouwelant, who is my go-to guy for judging IPA’s. And other beers. And other alcohol. So, let’s get to tasting.

Mandarine and Raspberry. That’s to be expected. Also Butter sweets and syrup waffles. You know, the Dutch kind. Less expected for sure. Works pretty well though.

Very hoppy. Raspberry and citrus. Bitter and grainy. So, this is actually pretty much what you would expect from a decent IPA.

Dry and hoppy. Citrus and bitter. Again, it does what you expect from an IPA, and it does it well.

When you smell this beer, you get the name for sure. While it works, it’s not even close to typical for an IPA. I guess the fruity part is but the other half?

Once you drink it, the flavours become more what you would expect. Extra points for the fantastic body and great balance the beer achieves.

So yes, we really did enjoy the beer. I did give us a what the fuck moment in the beginning, but it made up for it in the middle and the end. We ended up being very satisfied.

I can’t help myself and am going to explain this with another Star Wars comparison. Imagine the sequel Star Wars trilogy. The first movie was not bad and had a few surprises in it. Now the value of that movie was always going to be decided with what came next. In the case of Disney Star Wars that was the absolute stinker that was The Last Jedi, and the finish (The rise of Skywalker) promises to be equally bad. As a result, every potential from the Force Awakens was also taken away. (I should probably note I didn’t like that one either, but a lot of people did)

Now this beer does it right: The start mixes up familiar elements with a few twists, but the second and third phase just tell a solid story of taste that is worthy of the IPA label.

Anyway, Disney Star Wars fan or not, if you like a good IPA you should really try this one.

This beer reminds me of: Dave Grohl

Started Foo Fighters with some new elements, but consistently delivered quality. Not Nirvana by any means, but Nirvana quality and probably even more.

The beer: What the Fuck India Pale Ale