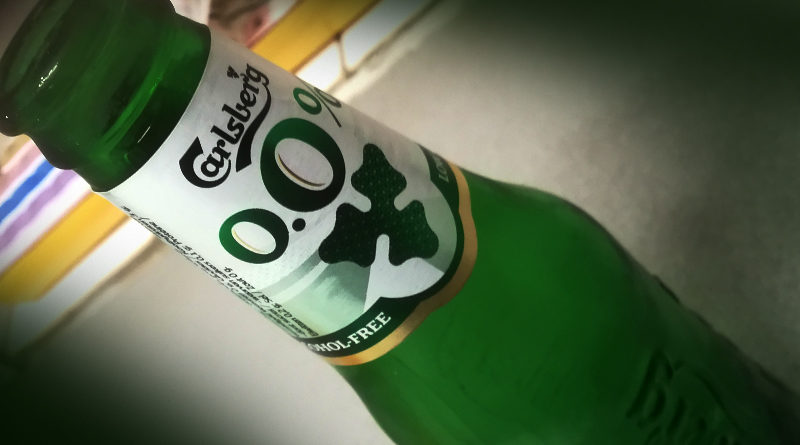 Part of being a beer blogger these days seems to be that people ask your opinion on alcohol free beer more and more, as a lot of new ones start to emerge. I have mixed feelings about it, but I guess more positive.

The big question is do you judge them as a separate category, or do you compare them to classic beer with alcohol. And again, it’s not as black and white as you would think.

The easy answer is: they sell it like beer so judge it like one. And from a blogger’s perspective I do agree. But I also admit to liking the fact that I can drink 0.0% during the day as a much better alternative to soda and a tastier one to water. And from that perspective, I’m willing to be a bit less picky: after all it’s still way better than coke.

I also feel that makes it more valid to start reviewing them, as people show more and more interest.

But this is a blog about the quality of beer (and spirits), not about my daily drinking preferences. So, I’m going to judge them like I would any other beer.

And there’s a reason I’m starting with this one.

In Belgium, the month February is designated ‘no alcohol month’ and a lot of celebrities, politicians and doctors urge us to go a month without alcohol. Trust Belgians to pick the shortest month in the year to do that. Even so, I’m very much opposed to the concept, as it completely ignores the fact that alcohol can (and should) be about quality, not quantity. So out of principle, I have a dram or beer every day. I don’t the rest of the year, in fact on average I think I only taste alcohol about 3 days out of 7 each week. No fixed pattern, just an average.

Along with some other Beer bloggers, I was challenged by Carlsberg. They sent us their 0.0% beer and assured us they would like an honest review, as they felt they were up to the challenge. A bold move and one they should get some credit for. But out of protest against the whole alcohol-free month I’m only doing this review now.

However, since I’m not exactly a fan of the lager/pilsner style, I do hope they didn’t expect a raving review from me. It will, however, be fair and unbiased. And judged as I would any beer, alcohol or not.

Very light, lacks power. The fate of most lagers I fear. Somewhat dusty as well. A bit of grain and host. But that’s it. So far I feel very underwhelmed.

Some grains and cornflakes. A bit on the sweet side. Weird, as they advertise being bitter. I do have a bit of citrus notes I like but overall it’s too flat and lacks punch, even for a lager. For me it can do with being a bit more carbonated.

Still grains and cornflakes, but finally I get some nice bitterness. The citrus notes are more pronounced, and I get some nice green apple as well. It’s fairly long as well, a bit odd for a non-alcoholic beverage. However, I’m not complaining about that as the finish is the saving grace of this beer.

This is an OK product, but nothing more. If it wasn’t for the finish I would probably not even rate it as being ok. As it is, it provides value for money but only just. And I’ve had cheaper 0.0% lagers I liked more. I’ll definitely review those later.

Again, I’m not a big lager fan and if I do drink it I want it to be carbonated. I think If you love regular Carlsberg you will most likely be happy with this as well.

This beer reminds me of: Adam Sandler
Not my thing, but if you like his style more power to you.