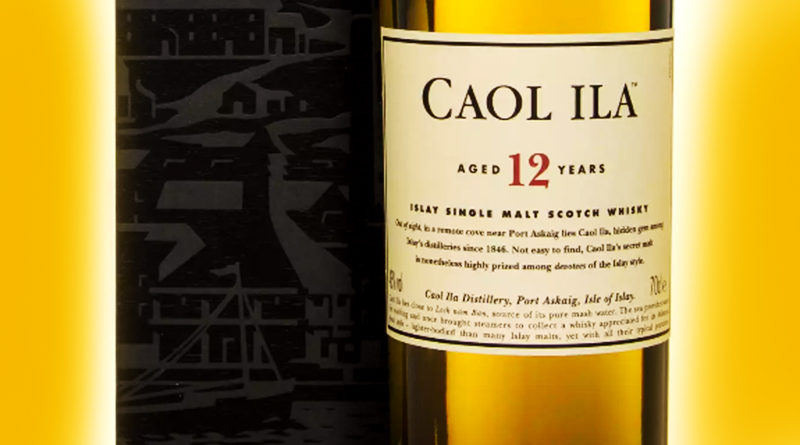 Islay single malt whisky has been hugely popular the last few years. While the likes of Ardbeg, Bowmore, Laphroaig and Lagavulin produce excellent quality, the prices have started to get crazy. Even Caol Ila these days gets more and more expensive, specially when bottled by the independents, making it the last of the Islay malts to get too pricey.

For a long time, Caol Ila kind of took the backseat to Laphroaig, Lagavulin and Ardbeg. Personally, I always thought that was a bit of a travesty. I’ve always loved Caol Ila, official or independent both. In fact, most of my whisky friends agree it’s almost impossible to find a bad bottle of Caol Ila. Believe me when I say the same can not be said for Ardbeg.

Caol Ila is also a pretty big distillery, so there should be plenty of it to go around. Even though a good portion still goes into blends. Still, even thought there are plenty of independent expressions the standard 12-year-old is one of the malts I will always make sure to have an open bottle handy at home. It’s one of my benchmark whiskies and I think for good reason.

I first made tastenotes for it way back in 2010 for the old Dutch Blog, and I did a retaste with the same partner in crime Werner Van den Nouwelant. It was as solid as we remembered, and very consistent to boot.

Butter, vanilla, caramel, licorice, and some sweat peat. Some apple and other fruity tones. It gets peppery after you add a splash of water. Hints of the bonfire to come.

Still creamy with fruits and vanilla, but also sweat peat and smoke. Yup, the signature Caol Ila Bonfire really comes to life as well. The texture is creamy and oily and carries the flavour well.

The bonfire takes over in full force: peat and smoke. Licorice again. Pepper, sea salt and vanilla, and still some fruity tones. All in all, nicely balanced, even with the power of the bonfire.

This is a very well-crafted entry level peated whisky. Enough fruitiness, but mostly a lot of character, peat, smoke and that bonfire all Caol Ila fans recognize and love so much.

Caol Ila is finally starting to get the love it deserved a lot longer, but I can’t be stated enough how well made this whisky is. And like I said, try as many independent expressions as you can. This malt never has let me down, the only bad one I ever tasted was a sample of a barrel that never found its way to a bottle in the first place.

Oh, I’m sure there must be more bad ones out there. There is too much going on in the whisky process to allow for perfection. But I never had a bad bottle so far, and believe me when I say I have tasted a lot of Caol Ila. And yet this entry level 12 year old is like an old friend I keep coming back to. And It always delivers.

This whisky reminds me of: Sharleen Spiteri

Smoky yet exciting voice, attractive yet down to earth.