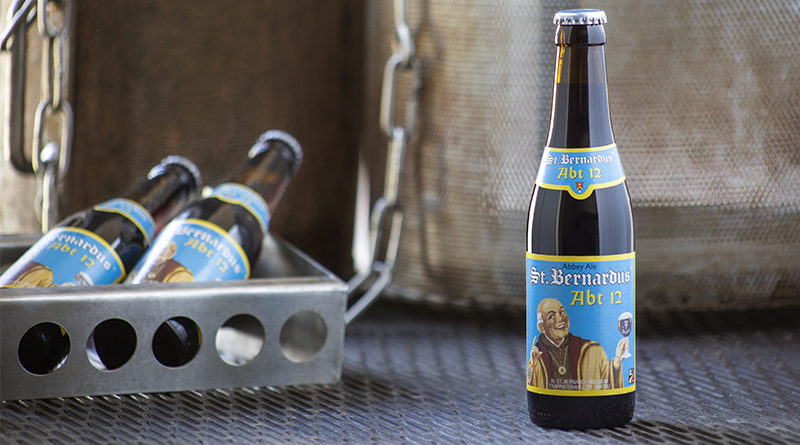 The last few years have been very exciting for beer lovers. Loads of new craft distillers have emerged, and they are getting better and better. No doubt the power of the internet comes into play here as well, information is  being exchanged and quality courses in beer brewing can be found all over the internet, like this one. And we are very happy about it.

However, we should not forget all the great traditional beers that have been around for ages. More so as a Belgian, since we had great beers for centuries. Of course, the Trappist beers come to mind, but it does not stop there. There are plenty of other traditional brewers in Belgium.

St. Bernardus in Watou is a bit of a special case. They were in fact founded by Trappist Monks in 1900 who ran from France to avoid taxes. Those religious types eh… Anyway, it were the Trappist Monks from Mont De Cats, and they brewed in Watou from 1900 to 1930.

After being on their own for a while, they again had a trappist connection as the Monastery from Westvleteren (yes, THAT Westvleteren) asked them to brew for them in 1946. This deal lasted until 1992 when it was decided Trappist beers had to be brewed within the walls of a Trappist monastery. If you want to read the full history, you can do so here.

The brewery had to reinvent themselves, and St. Bernardus was born. It’s public knowledge in Belgium the Abt 12 actually uses more or less the same recipe from the Westvleteren 12, in fact it’s still the old original recipe. The 2 beers are very similar but there are differences caused by different yeast and a different installation.

Anyway, I originally tasted this for the old Dutch blog with Werner Van den Nouwelant and had a wee retaste. As you can expect for experienced and traditional brewers, the experience was pretty consistent.

Some woodiness. Banana, malt and caramel. But also, some hints of pineapple, which makes the nose really fresh and pleasant.

Malt and banana again. A serious injection of mocha. The caramel and pineapple are also still present. A lot of body and power.

Still some malt, banana and caramel. Mocha evolves into coffee. Add some pepper and you know the finish turns a bit more bitter, but definitely in a good way. Still a lot of body and the long finish makes your thoughts wander of to a few of your happy places.

This is really good. It’s got loads of character and body, yet also provides plenty of refreshment. You get the high alcohol level, but it does not get in the way of a smooth drinking experience.

The obvious time to drink this would be during winter in front of a fireplace, but it works in the summer heat just as well.

This beer reminds me of: Samuel L. Jackson

Loads of character, but ‘fresh’ when needs to be. It’s his duty to please that booty. And a man for all seasons.

The beer: St Bernardus Abt 12