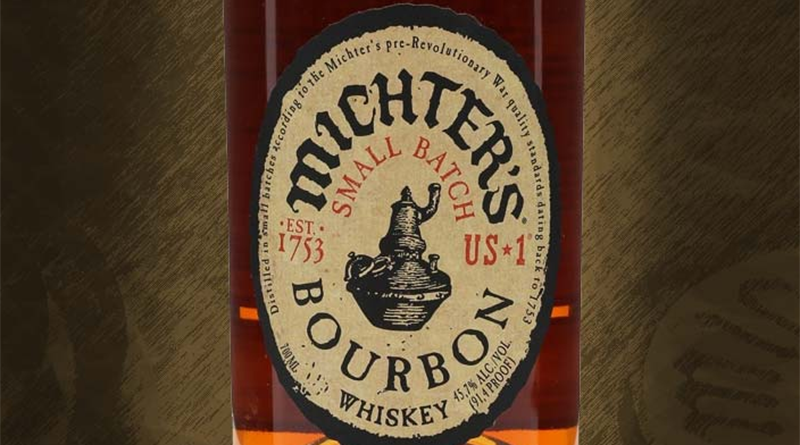 So yes, we mainly taste Single Malt Whisky. That does not mean we don’t appreciate other whisky as well, as long as it’s quality. There are some awesome blended malts, single grains and even proper blends. Compas box and Black bull come to mind.

We also like the better bourbons, whiskey’s and rye. (Did that just sound like a line from some generic Irish folksong to you as well?) And these days there are some awesome craft expressions made all over the world.

One bourbon I quite like is Michter’s. And I’m a fan of their small batch series. It’s a very good dram for its price, quite frankly a very good dram overall, most likely one of the best small batch bourbons out there. And since it’s small batch, there will always be some taste variation between batches so it will keep surprising you. Usually in a good way.

Of course, you should also bear that in mind with these tastenotes. While Michter’s does have its own DNA, there might definitely be some variation in the experience if you buy a bottle from a different batch. Since this particular one is from a few years ago there almost certainly will be.

And remember: tastenotes are subjective. Every single person has a different memory of taste and smell shaped by his or her own experiences. But I still hope you can enjoy my tastenotes.

I originally tasted this batch with Werner Van den Nouwelant and Jürgen Vromans (aka the Whisky Mercenary). I did have some left, so I did a retaste before writing this. It was pretty consistent.

Salt, chocolate, corn, wax, and floral notes. Also, the smell of a hobby glue stick. Pritt if you know the brand but have no Idea where in the world it’s sold. Most probably all over the world but not necessarily using that brand. Let me know in the comments if you happen to have it, I’m too lazy to look it up if it’s not whisky or beer related.

Orange, corn, salt, dark chocolate, vanilla, saffron, gum (stamp glue). So yes, a different kind of glue, do you remember when you had to lick stamps? That’s the one. The corn really carries all the other tastes well.

Muscat nut, peppers, salt, vanilla, saffron, grassy, ​​bitter and drying. But drying in a good way. As in ‘I want another sip’.

A very nice dram with the necessary depth, and certainly also the necessary punch. Complex, without losing what you would expect from a bourbon, you can easily imagine Marshall Raylan Givens. (Man, how we miss Justified). We would not add water, this definitely does not need it, because despite all its character, it drinks pleasantly and smooth.

We read somewhere that this should be the ‘poor man’s Pappy Van Winkle’. We think that is not entirely true, the profile is different enough. But it is certainly tasty, and definitely recommended. Moreover, fairly affordable, especially if you know someone who regularly has to be in the states. So yes, one of the best small batch bourbons out there in it’s price range. Or if you live there, obviously.

Incidentally Michter’s is made by Willet Distillery nowadays but is named after a distillery that was destroyed a long time ago. Apparently, Americans are less difficult about names of closed stills …

This whisky reminds me of: David Labrava

American with a lot of character and depth.