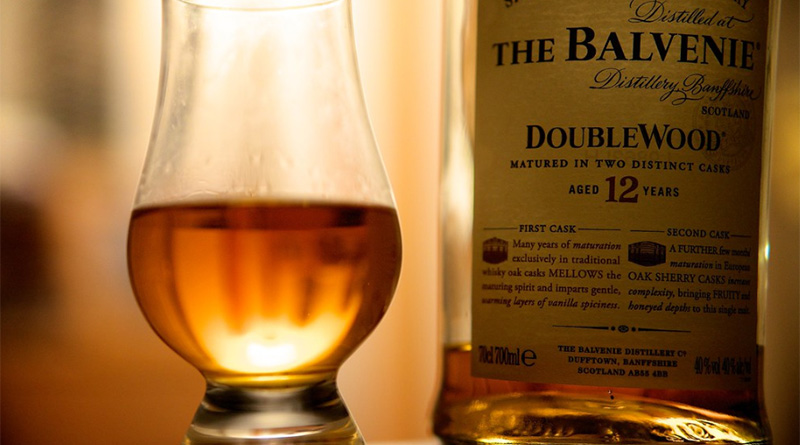 The Balvenie is a distillery in the Speyside region of Scotland. It has a bit of an atypical history. Unlike most, it has always been owned by the same company since it was founded in 1892. A company which has also been owned by the same family for all this time: William Grant and Sons. In fact, it was William himself who converted Balvenie New house to a distillery in 1892.

While the company is even more known for it’s staple blended scotch ‘Grants’ and what can be considered the granddaddy of single malt Glenfiddich. In fact, we have the Grant family to thank for the success of Single Malt in the first place, as they were the first who saw the potential. A fact emphasised by the success of Balvenie, which also managed to be one of the best-selling single malts worldwide.

Incidentally William Grant and sons has nothing to do with Glen Grant single malt and can not be confused by that other great Grant family that owns Glenfarclas. Although it sure looks like the Grant name is a plus when looking for ‘grand’ whisky. I know, a bad pun but at least it’s not the palindrome of Bolton. (Reward yourself with a dram if you get this reference, and feel free to leave it in the comments for those less knowledgeable.)

The Balvenie sells well for a reason. The whole core range is well loved by malt maniacs everywhere, and the 12-year-old doublewood is considered a serious bang for your buck. It’s also regarded as a great single malt to learn people about whisky and get them into the hobby.

In fact, it was one of the first whiskies Werner and I tasted for the old Flemish blog. So, it would be interesting if the great whisky also was consistent. Getting a new sample was easy enough, it’s considered a cornerstone base whisky for a lot of my friends and I can always find someone who has a bottle open.

Sugar candy, barley, orange, caramel, pear, oak, mint leaves. Hints of powder sugar and even oatmeal. When adding water, you get some orange as well. Classic yet complex.

A bit of wood. Definitely a hint of butter.  Strong influences of barley, pepper, vanilla, pear and chocolate. Sherry influence is obvious enough but not overwhelming. Doublewood after all. Creamy and smooth.

Wood and butter again. Pear, pepper and vanilla again. Chocolate a bit stronger than in the mouth but all in all very consistent. Long and drying.

So yes, this whisky deserves its reputation. It’s balanced enough to be easy drinking for the novice, yet complex enough to keep the more experienced malt maniac coming back for more.

The old notes pretty much stand. If anything is different at all, I’d say the sherry influence has toned down just a little, but my memory is flawed at best.

It doesn’t matter that much. What matters is you can always count on the doublewood 12 to deliver and all indications are present you’ll be able to do just that in the future.

This whisky reminds me of: Simone Biles