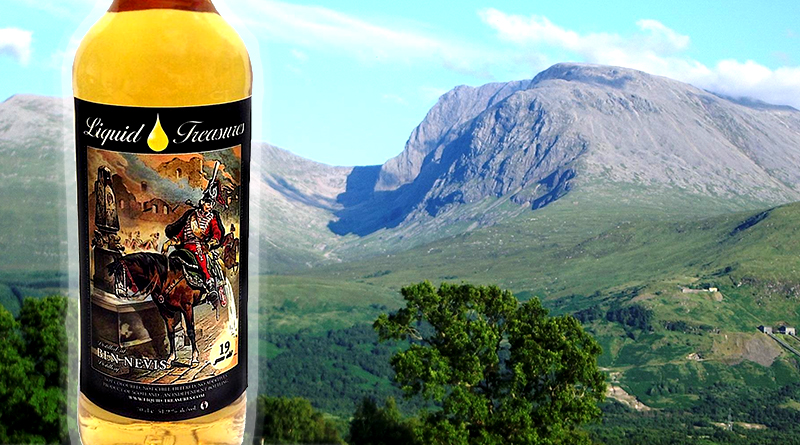 There are a ton of independent whisky bottlers in this world. Some big and some small. Some hyped, some less ‘sexy’. The same could be said about distilleries: some are hot and well known, other manage to operate a bit more under the radar.

When you combine the top of both, bottles usually sell like crazy. Of course, the opposite can be true for a lesser known distillery bottled by a lesser known independent bottler. And that’s not always justified, because there is some top-notch stuff out there that falls in that category.

The bottle we are reviewing today is still to be found in select stores, even though it’s a limited edition and bottled in 2016. So, you would think it would be gone by now. And you also might think it perhaps is not that good. But as our tastenotes will hopefully reflect it’s seriously good.

I’ve did a tasting round of this Ben Nevis vintage 1997 with the Whisky Mercenary Jürgen Vromans and the ‘Warrior with sandals’ Werner Van den Nouwelant. The last is sort of an inside joke but it does not mean he’s a warrior ON sandals. Bribe me with booze to get the full colourful story.

On to the bottle. Which has some nice artwork but still the but ugly yellow drop logo. Be thankful for small favours though, that logo used to be the only thing on a solid black label, was huge and made Donald Trump look like a supermodel in comparison. And the liquid inside … well …

Another blast of honey. Some minerals and definitely some peppers. Red berries of various persuasion. Creamy. Some cake as well. Am I reviewing this close to Christmas? Definitely some Christmas cake.

The honey and red berries take front, and the cake is still present. Pepper, eucalyptus, citrus and minerals. Still nicely blended together in sweet harmony. Did the distillery play ‘sweet harmony’ by the Beloved while making this? Lasts long too, but that’s to be expected at 51,9%

This whisky is pretty great. It’s also not your average single malt, which makes it an interesting whisky as well as a tasty one. It’s also a bit sad it’s not completely sold out yet, but on the other hand it truly is a treasure to find if you come across a bottle.

It’s of course cask strength, and fairly complex, so probably not the best for the beginning whisky fan. It does open up really well with a splash of water and is perhaps more manageable then as well. Either with or without water, the profile is more or less the same and very tasty either way.

So, if you come across a bottle and have the budged, I would say grab one.

This whisky reminds me of: Mutya Buena

Voice that has honey and fruit, but also a deep character.