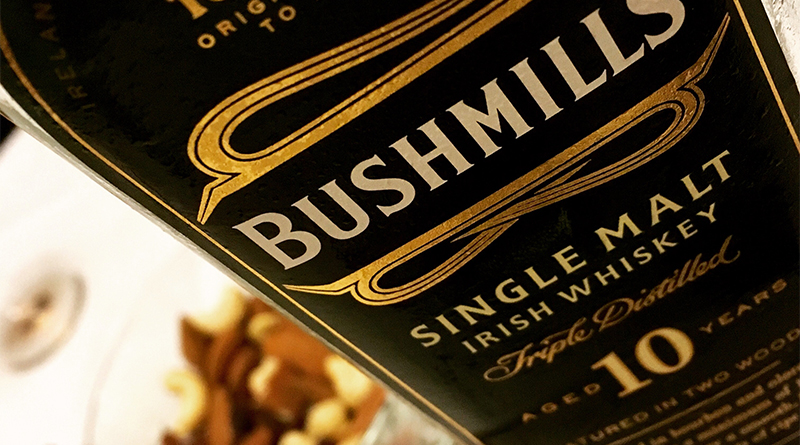 Irish whiskey has been on the path to revival for a few years now, with more and more distilleries being founded or dusted off and some great stuff being produced. But for quite some time it was pretty much only Jameson, Powers and Bushmills who kept the once proud whisky nation going.

If you need to know why Irish whisky has been in decline for so long: blame Uncle Sam. Prohibition (almost 100 years ago now can you believe it) is the biggest reason why Irish whisky started it’s decline … and why Scotch took over. Google it, there is some fascinating stuff written about it.

But the green labelled 10-year-old single malt has been a staple of their range for quite some time as well. And it’s one of my go to whiskeys to help people transition into the fine hobby that is single malt and premium whisky. It’s been consistent in delivering a high-quality whisky that is smooth and easy drinking yet provides enough depth to be interesting. It’s also one of the entry level malts I will almost always have a bottle handy at home.

I did the original tastenotes for the old Flemish Blog with Werner Van den Nouwelant. A retaste pretty much confirmed the findings we had back then.

Pleasant with barley, blackberry, raspberry, cranberry, vanilla, orange, pineapple, banana. So very fruity for sure. If you add a drop of water the vanilla gets more emphasised. There is also a hint of white pepper.

Soft arrival full of vanilla and caramel. Some barley and a plethora of tropical fruits. Some bitterness woven into it, white pepper again?

Gets rather spicy for a few seconds when you swallow. Then you get caramel, salt and some oak. The fruit lingers a bit but moves to the background. After that you get soft and bitter peppers. I remember it being a bit less bitter in previous incarnations but it’s still pretty good.

Like I hinted, I remember it being even more fruity in previous incarnations, but it’s still a very good dram, and downright awesome when considering the price. It’s easy drinking for the beginner yet has enough body for more experienced drinkers and there is a reason a lot of malt enthusiast frequently have at least 1 bottle in their collection.

The only slight beef I have with it: the Irish are not yet on board with elevating core expressions to 43 or even 46% and I think it would benefit from a slightly higher alcohol percentage.

This whisky reminds me of: Karen Corr

Lovely Irish lass, with loads of fruitiness yet depth in her voice and music.