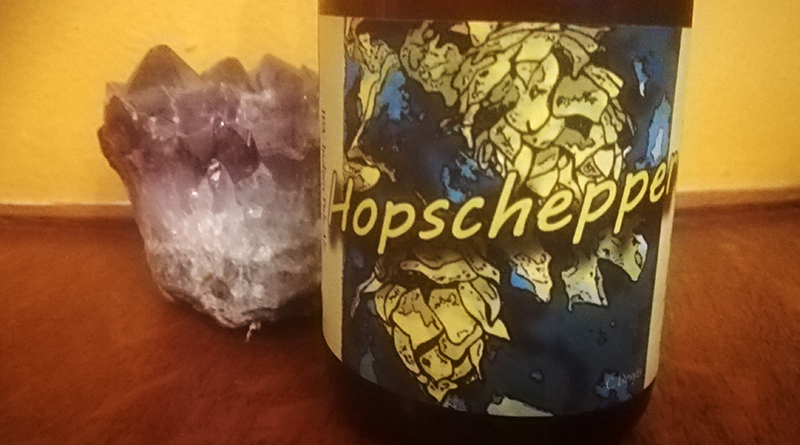 Craft beer statistics have been going through the roof: its popularity has been on the rise for more than a decade now. New small breweries emerge everywhere, and the big boys release their marketing departments on the public trying to pass some of their stuff as ‘craft’.

Another nice side effect of this surge is the growth of a lot of beer tasting and beer brewing clubs. The latter becoming more and more serious and getting to a level where they are able to sell their beers to the general public.

There are several brewing clubs close to where I live, and one of them is called ‘Hopscheppers’. A nice pun in Dutch, as ‘opscheppen’ means ‘to brag’. So, combine that with hops, and you got a nice name for a beer brewing club.

Being in a club means you can use their equipment and share knowledge and recipe’s. Although you don’t have to be in a club to learn how to brew beer: you can get kits to make some at home and there are great courses to be found on how to brew your own beer. This one for instance is great value for money.

Back to the club though. Their first marketed beer has the same name as the club: Hopschepper. It’s an IPA so a lot of hops go in it, which makes it an appropriate name. And being a fan of IPA’s and pun’s, I just had to try this one.

I invited fellow IPA lover Werner Van den Nouwelant for a tasting session and we are glad to share our findings with you.

A fresh nose with loads of hops. Candied fruits and citrus, yet also grainy and earthy tones. Nicely balanced. It definitely works.

Loads of hops and grains, but again fresh and fruity. A bit unusual, but we get (green) grapes. Don’t worry, it’s definitely beer and not wine.

Still all those hops. Definitely still grapes, and sweet apple. Some nice spiciness, and it evolves to a long and bitter encore.

Well, this one is definitely one we liked, and a testament to the club that made it. So, let’s check out their website. A bit of info there, but only in Dutch. I’ll translate the cliff notes.

Their mission is to enable the members to make quality beers, and to promote craft beers as much as they can. Also, to make people enthusiastic about starting their own hobby brewing and / or tasting beer in general and new Belgian beers in particular.

With quality beer like this one that mission will have every chance to succeed. And yes, it does give them bragging rights.

This Beer reminds me of: Arjen Robben