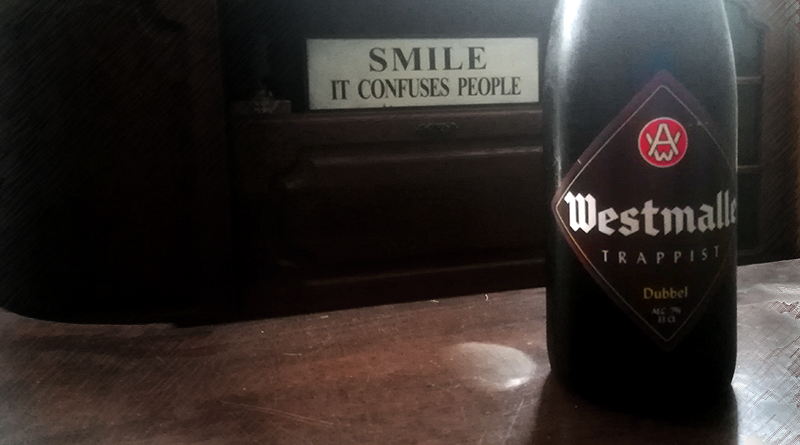 As a whisky and beer lover you tend to drift of to the ‘funky’ stuff. Single cask whisky, craft beer. And there are so many to choose from. However, one should never forget about the classics. And in the case of quality beer, nothing says ‘classic’ more than a genuine trappist monk beer. Incidentally, Budweiser, Heineken and Stella are NOT classics.

Westmalle is one of the original Trappist monk beer breweries in Belgium. You know, before they started to branch out to Austria and the States. They have 2 standard expressions: the blonde ‘trippel’ which a lot of people in Belgium consider the best Trippel made, and the also very well regarded dark ‘dubbel’.

Both beers are considered somewhat of a benchmark, and both have been long time favourites of mine. They are also widely available in bars over here so it’s a go-to beer if they don’t carry anything ‘craftier’. Incidentally, this is still made by monks using classic production processes so I should really consider them craft beers, even though they are fairly mainstream over here.

In fact, the trappist monk beer seal means it has to be brewed by trappist monks. (Sounds logical, but you would not believe what people try to counterfeit these days.) Not only that, when a new trappist monastery wants to launch a beer, they have to face a panel of monks for an audition that reportedly would be banned by the Geneva convention if they ever got any footage from it. Or so I have been told. Truth be told, by someone not entirely sober drinking a trappist but is sounded legit. I did read an interview with a monk from Austria once that it was the scariest experience of his life. Apparently praying doesn’t work if the opposition prays for the same team.

Anyway, as I stated this trappist Westmalle beer is one of my regular go to beers. So, when I originally did the tasting for the old Dutch blog I did get some backup for the tastenotes. I always do for the site, I like to have other people’s input. For this one even more so, since I am in fact a fan of this one. So, to keep me in check, I invited Jurgen Vromans (The Whisky Mercenary) and Guy Verbunt (one of the owners of het Nest Brewery)

And of course, I had a wee retaste just before I wrote this new version. I really needed to check the old notes were still valid. No seriously, that’s the ‘only’ reason.

Ripe banana, raspberry, mocha, and vanilla. It’s a very balanced nose. A lot of people don’t bother with smelling beer, but this one is a prime example why you really always should do just that.

Roasted mocha, smoky, orange peel scrapings. A light spiciness. Soft but full of character and body. Fills you up yet drinks very easy. This is a liquid meal.

Roasted mocha and a hint of pepper in a pleasant medium-long finish. The finish might be less complex than the nose and taste, but it’s a nice conclusion to an awesome experience.

So, Guy and Jürgen agreed that this is a classic for a reason. In fact, trappist beers like this one are one of the reasons Belgian Beers get their reputation.

And yes, the new worldwide craft scene produces a lot of new and exciting stuff. But they will always have to compete with true benchmarks like this one. Or do they? I think there’s a place for all good beers… and it’s nice to see so many more people move from quantities of poor lager to quality craft beer, whether it’s the classics or the new batch.

This Beer reminds me of: Eddy Merckx

Cycling legend that will for ever be the benchmark for future generations. Complex and could do it all. Yet so easy to have a conversation with, always stays that down to earth Belgian.