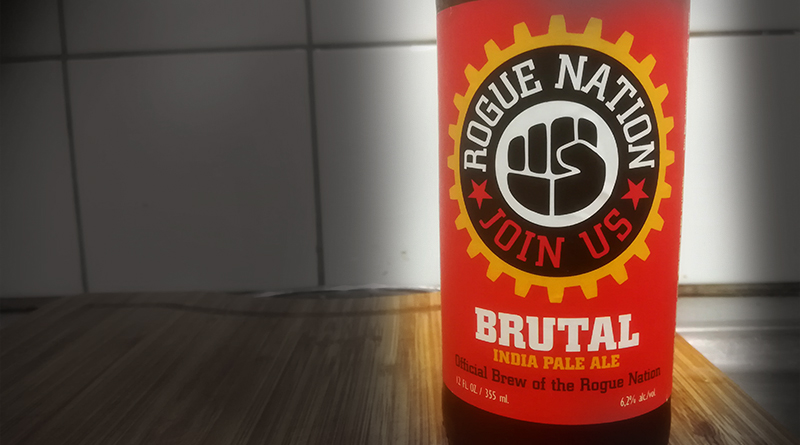 In my experience, your average American Craft Brewery excels in one style: IPA or India Pale Ale. (Although some Irish breweries now claim it should be ‘Irish Pale Ale’ as they were first or something). But I’m not looking for average, I seek above average.

Rogue Nation is a brewery located in Newport, Oregon. They claim to be different! That’s why they are Rogue. Incidentally as a gamer I will have to shoot you if you use Rouge instead of Rogue. On the other hand, if you can name a famous ‘Rogue Demon Hunter’ from the show Angel in the comments you get extra credit.

According to the website, Rogues believe in doing things their own way and living outside of the lines. Of course, the thing with craft breweries is that a lot of them have similar claims. In fact, the vast majority of craft breweries either are ‘different’, follow ‘time tested traditions’ or mix up the two. That is if you buy into their own sales pitches.

In the end it’s all about the beer (about the beer about the beer, no troubles. Now you can’t get that song out of your head for a day, you’re welcome). And I’ve heard some good comments about this particular one. So, I rounded up Werner Van den Nouwelant and Raoul Baelus (using my best lasso rope no less) for a tasting session.

Hops, mandarin. Grains and wood, but also very fruity. Nice balance and it made us curious about things to come to say the least.

Hops and mandarin again. Bitter and grainy, but also some nice sweetness from the mandarin. We most definitely also get shortbread. Great, now I got a craving for shortbread typing this.

Bitter and dry. Some fruitiness left in the background but not that much. Definitely some almond though, that brings some extra value to the experience.

While we had better IPA’s and better American beers, this is still a pretty darn good one (for some reason I feel the need to use the word ‘darn’ even though I have no issue with stronger language). One I’ll gladly recommend. It lacks the complexity of some others, but it makes up for it with its powerful taste and interesting evolution while drinking.

And if you’re just looking for a good beer on a hot day because you are thirsty, this will most definitely do the trick and then some.

This Beer reminds me of: Alexis Denisof

For those actually reading beyond the tastenotes: this is another hint.