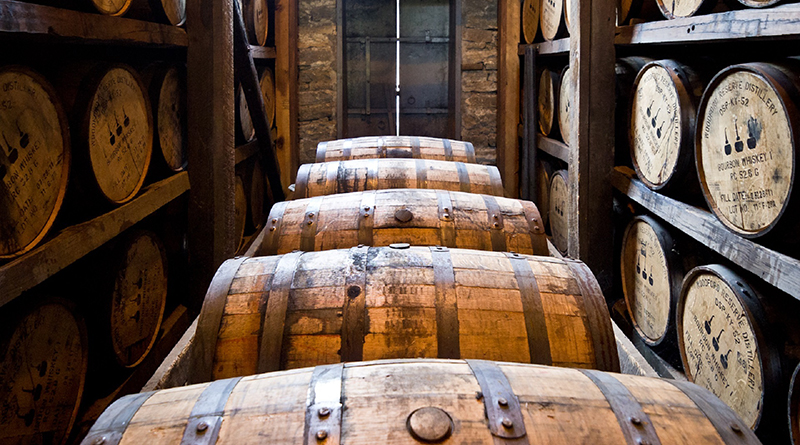 Or maybe the question should be What is single malt whiskey? Should you write whisky or whiskey in the first place? These are indeed questions I hear a lot from those who start the wonderful hobby that is quality whisky.

So seriously, what is single malt whisky?

Well it’s quite simple at first sight. It’s malt whisky from a single distillery. That means it is distilled in that distillery and it only uses malt as the main ingredient, not any other grains. In Scotland the rules are strict, and it has to be malted barley. However, a single malt from another country might not be as strict, in the USA for instance some single malts are made from malted rye.

A single malt is not the same as a single cask. A single malt is still a blended whisky in fact, something I frequently use to pull down malt snobs from their High Horse. As a side note, if a Malt Snob is literately on a high horse, I prefer to use a large metal hook to pull them down. But that’s beside the point. Except maybe to emphasise I really don’t like malt snobs.

Anyway, back to the question of what is single malt whisky. As stated, before it is usually a blend. More precisely a blend made out of different casks of whisky distilled in the same distillery. A lot of people also say it has to be from a single source of local water and a single kind of locally made barley. Both would be wrong. While they usually always use the same source of water, it is by no means mandatory. And it can be any malted barley and does not have to be locally produced. Although usually they do try to support their local farmers, sometimes they just don’t produce enough to support demand.

Also, it could be different kinds of barley. Most of the time they stick to one kind, like optic or the older golden promise. But I think it would in fact be interesting to mix those up. So, distillers, experiment away. I liked the local and bere barley experiments by Bruichladdich and Arran so I’m all for experimenting within the boundaries of tradition.

Now on average single malt whiskies are better than blended whiskies. This has something to do with volume: blends are usually made and marketed to be cheaper and accessible around the globe. Then there are the luxury blends that aren’t always great (some in fact are very below average) but are just pricey because of great marketing. Chivas Regal surely comes to mind: not a bad whisky but I’ll gladly make you taste 3 cheaper mainstream blends blindly and most of you will prefer them to Chivas.

However, some blended whiskies are actually great. Most (but not all) are blended malts. This means blends of different single malts from different distilleries. The old version of Johnny Walker Green label is a prime example (the new one is still ok but nowhere near as good), but the ones I really like are specialist blended malts from companies like the wonderful Compas Box and the exciting independent bottler Douglas Laing.

When you think about it there’s logic in it: More quality malts from different distilleries can give a master blender more options to create a great whisky. While you lose the DNA of a single malt (if such a thing exists) you get more combinations in return. And why stop there. If you have top quality grain whisky, why not include it in a proper blend that could be fantastic. Black Bull 40 is absolutely stunning, and the 12-year-old version is an amazing bang for your buck whisky. And Compas Box made very clear you can make a blended grain taste awesome with Hedonism.

The only reason single malts are on average way better is that they got into a connoisseur’s position and on average a lot more effort is put into them to make sure they are indeed great. If the same kind of effort is put into blended malt, blended grain or just proper blended whisky, they can be just as stunning. So perhaps the question of what is single malt whisky should be answered with ‘lucky’?

Oh, and about that whisky versus whiskey thing. The Irish use Whiskey, most Americans do too. The rest of the world uses Whisky. Pretty much. It really doesn’t matter that much to be honest, just look for the great quality stuff. With out without an ‘e’. Actually, preferably without ‘e’ … as in e-caramel colouring. But that’s a subject for another blog.

Image by skeeze from Pixabay

12 thoughts on “What is single malt whisky? And is it always better?”