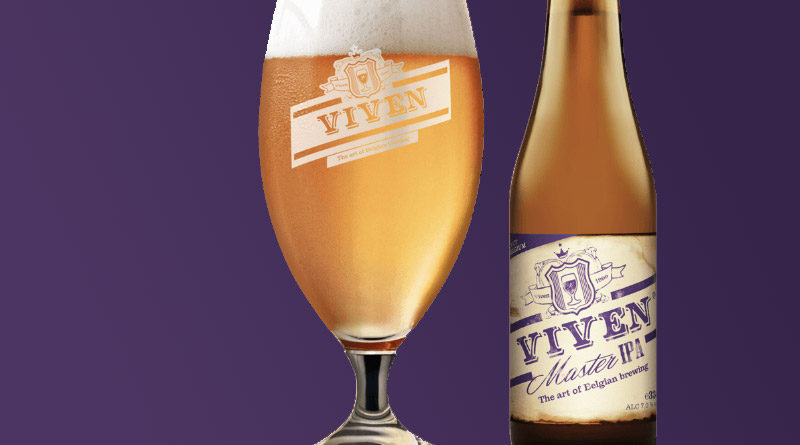 We tasted a lot of good IPA beer. For the old Dutch site, and for this new one. India Pale Ale is a style my usual partner in crime Werner and myself really like.

So far however, only one of my personal top 3 made it to the new site, being ne Flierefluiter hop hop hoera. There’s 2 more to go, and now that the old dutch site will die out (unless you know how to use web archive) I think it’s time to put on the other two. Just so you know some more real good ones.

The one we are tasting today is Viven Master IPA. Spoiler alert: we really liked it. In fact, pretty much every beer from Viven brewery we had we really liked, and I’m sure I’ll share some taste notes for some of the others in the near or not so near future.

I should probably also give props to the graphic designer of this label range: It’s professional yet has a classic feel about it. Well done lads and or ladies 🙂 I know, what’s inside is more important but dammit I’m a graphic designer myself and I appreciate a good design.

So, I originally tasted it with Werner Van den Nouwelant. Big shocker there. As this is one of the few beers I almost always have on stock (Westmalle Dubbel and ‘t Nest Koekedam being some others) it wasn’t that difficult to do a retaste. Not that it was needed, it has been consistently delivering the same quality taste.

Grapefruit, passion fruit, pineapple, peach and a bitter undertone that carries the fruit nicely. Makes you want to drink it and travel to the tropics. Then have another one while in the tropics.

Pomelo, passion fruit, mango. Some bitterness from the hops again to support it all. And support it well. Still, the mouth is the least complex of the experience. Instead you get harmony, balance and power. So that’s good too.

Well hello there, this is very tasty again. You might think about kriek style beers reading the taste notes, but that is certainly not the case. Rather, it delivers subtle notes of tropical fruit that are supported by a bitter base, not by the acidity of lambic fruit beers.

The result is a super nice beer that we really can’t get enough of. A showpiece in an otherwise very strong lineup of brewery Viven, which in their relatively short existence (since 1999) have developed a nice range. More to come as promised.

This beer reminds me of: Erykah Badu